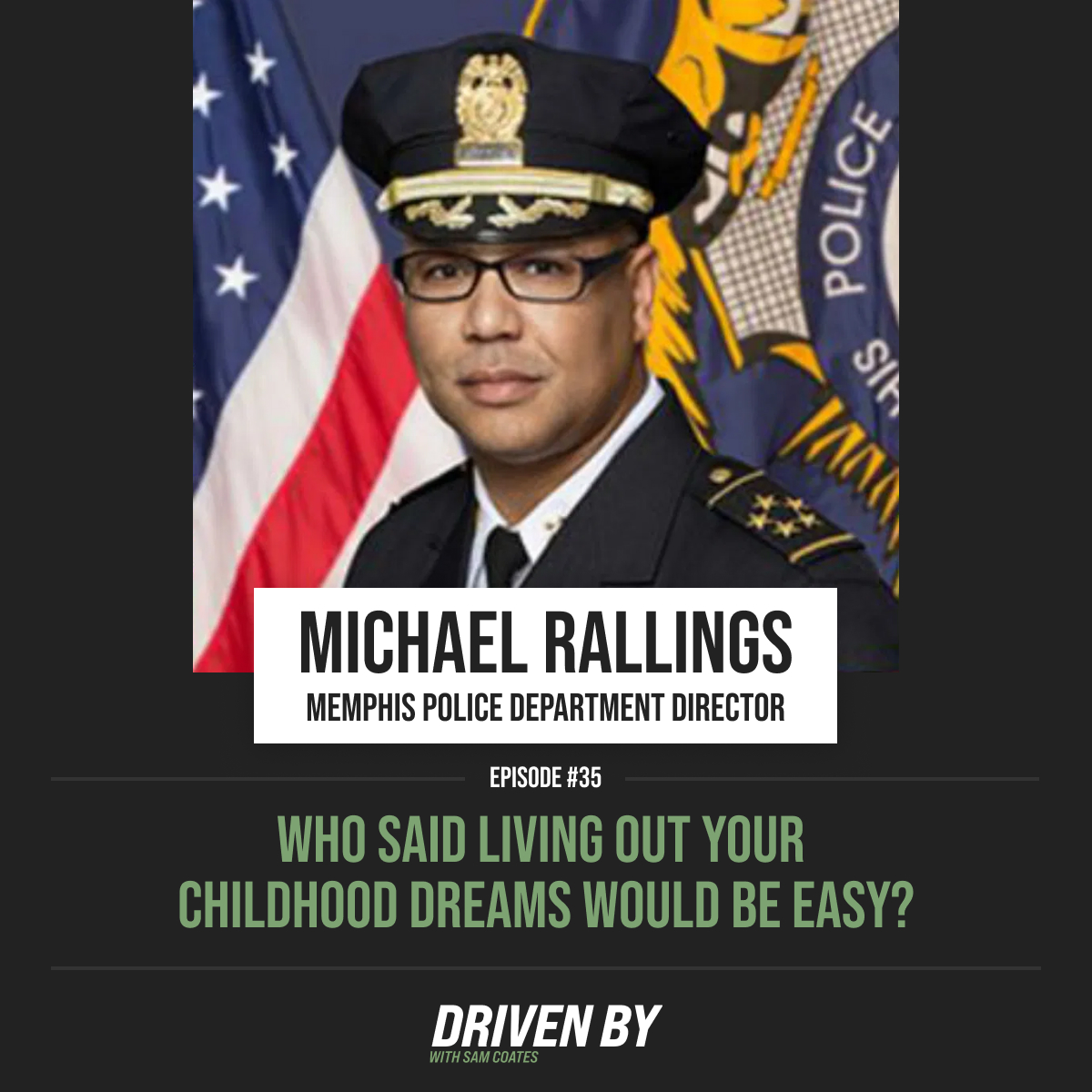 35. Who Said Living Out Your Childhood Dreams Would Be Easy? with MPD Director Michael Rallings

You may know Director Rallings from leading the Memphis Police Department. After announcing his retirement for the year 2021, I wanted to speak with Director Rallings to understand what it felt like when he accessed and walked with protesters off the Mississippi River Bridge in 2016. This is a replay of an episode that was recorded in the summer of 2020. 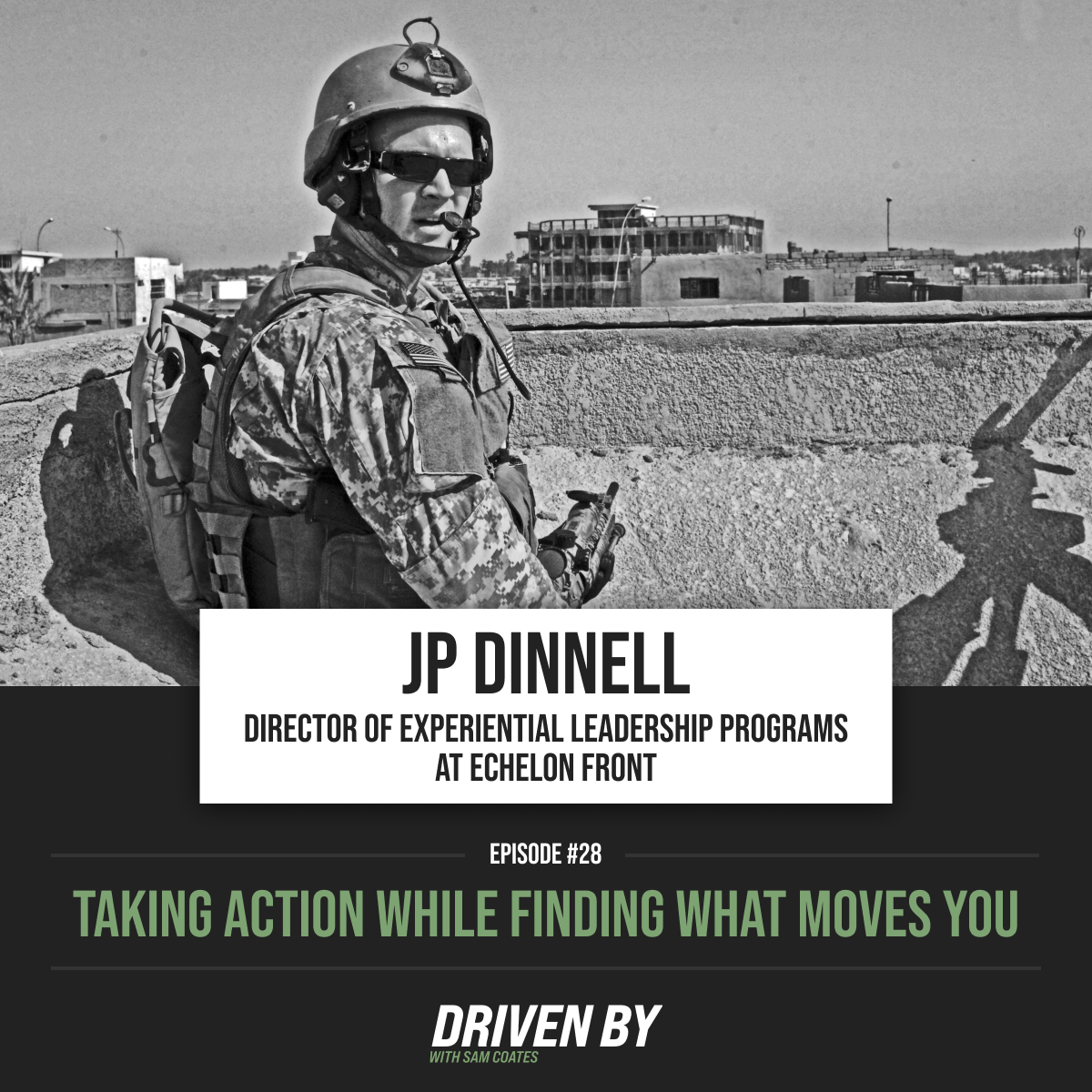 28. Taking Action While Finding What Moves You with JP Dinnell

My guest this week is JP Dinnell. JP is from Northern California, enlisted in the Navy out of High School, served as a U.S. Navy Seal for 10 Years, and is now with Echelon Front, teaching leadership development and organizational management worldwide. We talked life's highs and lows, life transitions, and everything in between. This episode is a great perspective on making the most out of your current situation by taking it one day at a time, giving up good for something great, knowing what truly moves you, taking action, and fighting complacency. Additionally, we cover: Checking your ego in all of life What limits people and teams Putting back together a marriage Getting back on the path Faith And more! 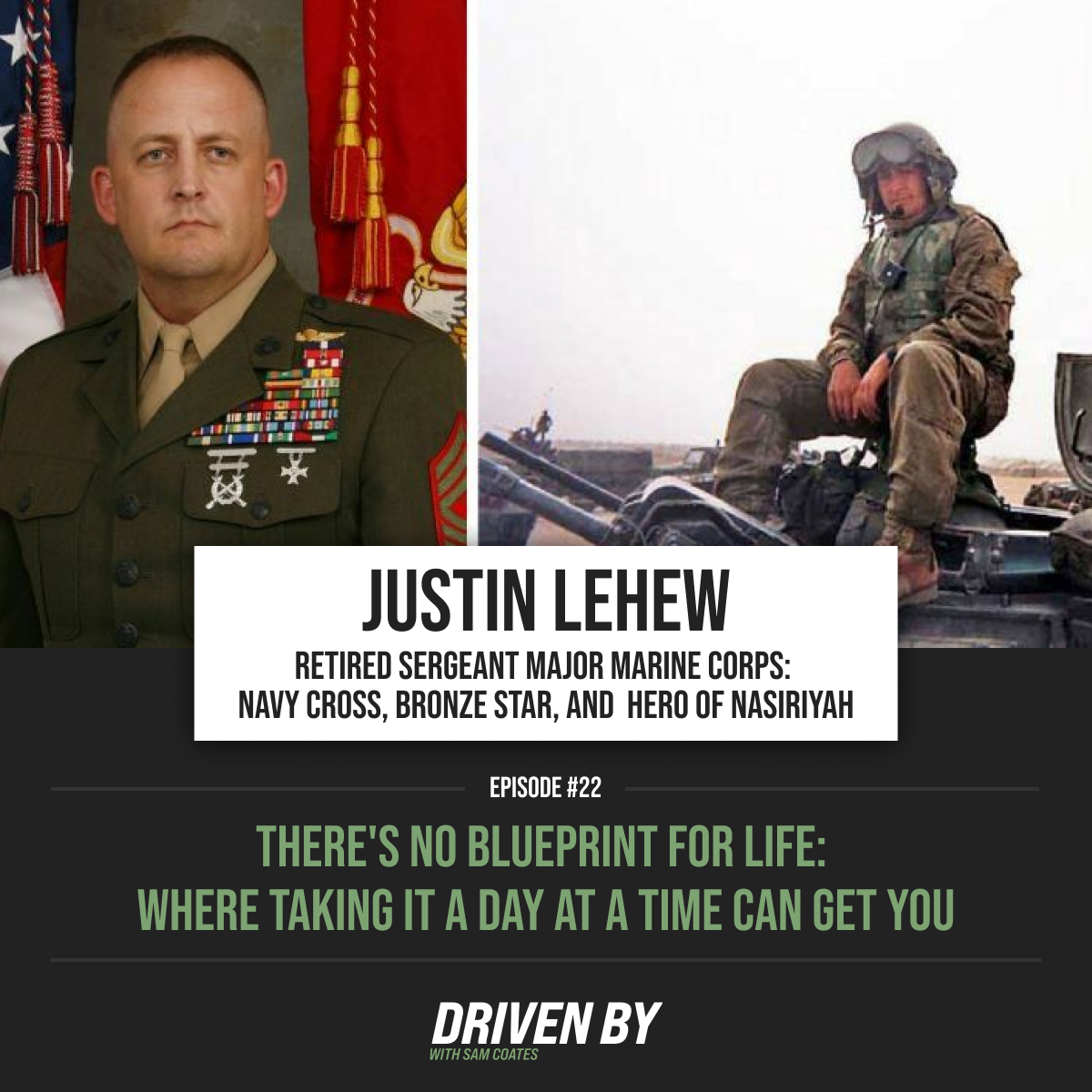 22. There’s no blueprint for life: What happens when you take it one day at a time

My guest this week is United States Marine Sergeant Major (Retired) Justin LeHew. This episode is the first of two conversations with Sergeant Major (Ret) LeHew. The second one will be next week and also including the organization that he leads today. Sergeant Major (Ret) LeHew has been awarded the Navy Cross, The Bronze Star. He is also known as the Hero of Nasiriyah for his work taking part in the 507 Maintenance company's rescue operation, including Jessica Lynch in 2003. I quote: “Under constant enemy fire, he led the rescue team to the soldiers. With total disregard for his own welfare, he assisted the evacuation effort of four soldiers, two of whom were critically wounded,” LeHew’s Navy Cross citation reads. In 2010, Sergeant Major (Ret) LeHew was honored by the Marine Corps with an obstacle named in his honor at Parris Island, South Carolina, called LeHew’s Challenge. Every recruit, both male and female, hears from their drill instructors about the heroism displayed by then Gunnery Sergeant LeHew. It was a privilege to have this conversation with Sergeant Major (Ret) LeHew. We discuss topics such as: why he from a young age knew he wanted to serve in the Military, why the Marine Corps prepares you for any situation, what drives him, how our world and war is evolving today, why nothing new is under the sun, lessons learned about building a family with a demanding calling, why we’re all equal as human beings, and more. I hope you enjoyed this week’s episode. And, thank you to every person serving our country, protecting us, keeping us safe, and sacrificing your own life for our good. 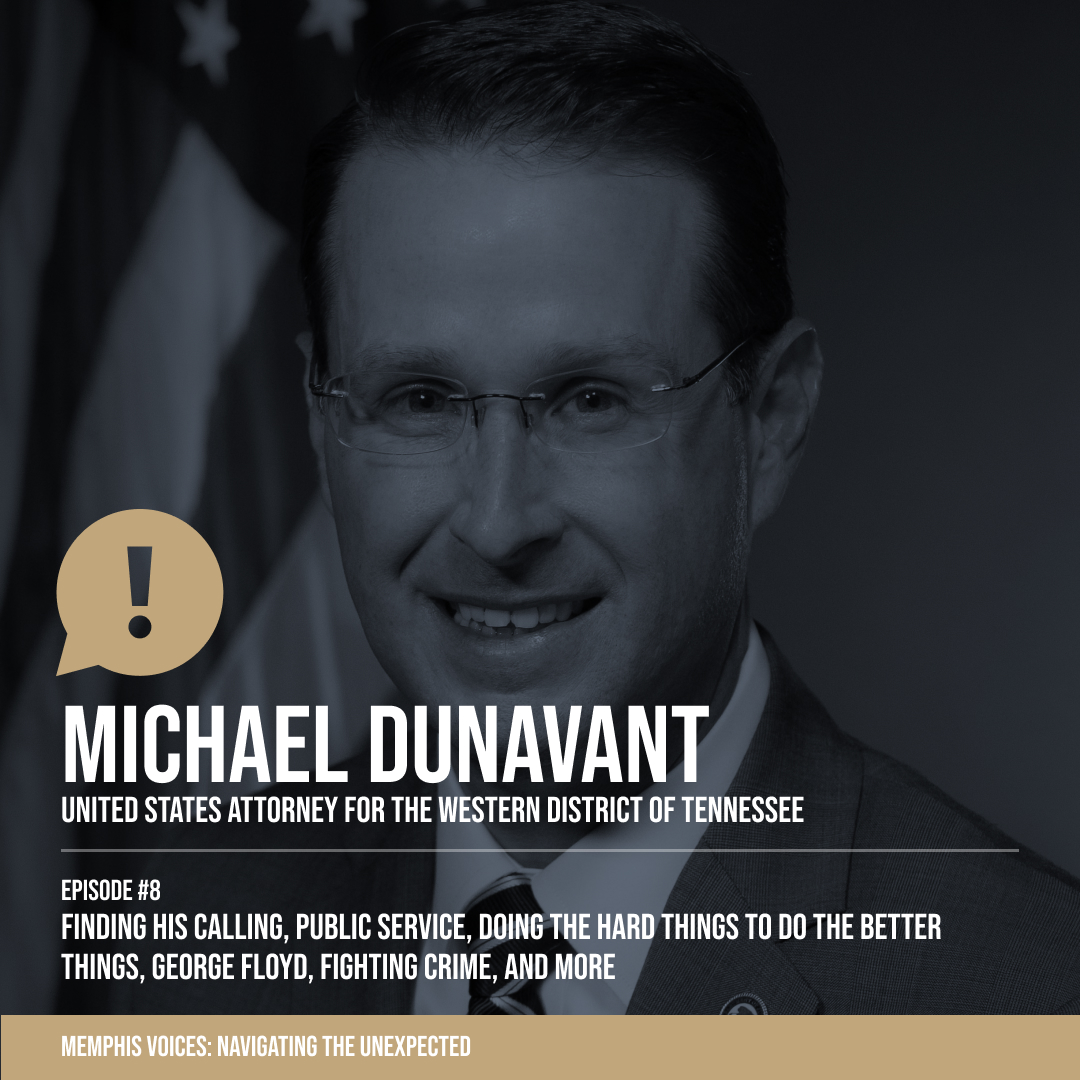 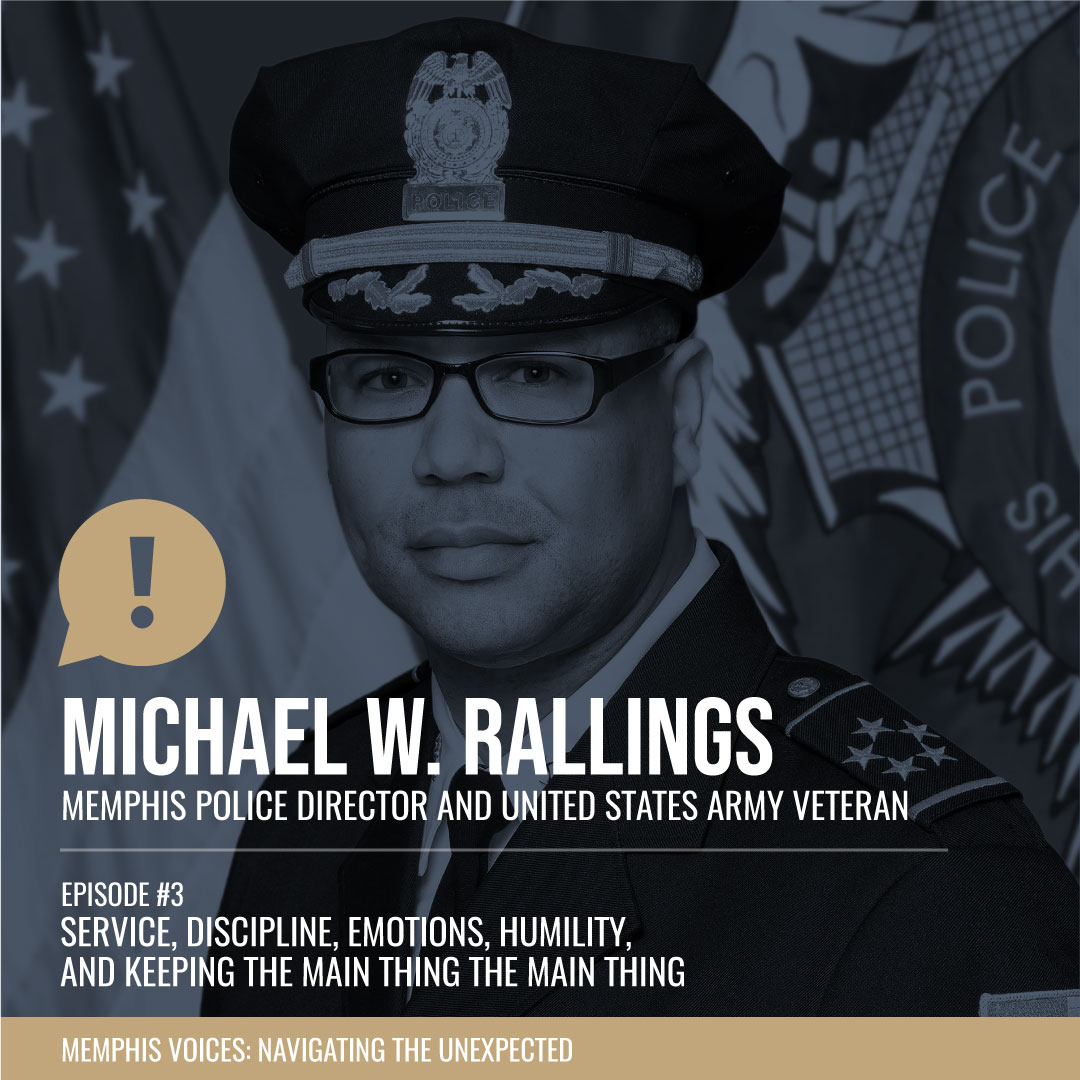 Michael Rallings, Memphis Police Director and US Army Veteran, discusses his service in the US Army, 30-year career with the MPD, perspective on duty and service, how to think about data, what he was feeling during the 2016 bridge protest, thoughts on George Floyd, and what we need to do to improve our community.